Afar word means a population of just over one million people who form a community , although divided into different clans antagonists . They occupy the territory called ” Afar ” , a triangle of about 150 000 km2 whose southern tip is formed by the city Awash , the point is the city of Djibouti and the northeastern tip is the Dahlak Islands in Eritrea . Part of the territory which is today in Ethiopia as a state that is part of the Ethiopian Federation , known as the State of Afar . The AFAR people is located in the Danakil region , and it extracts the salt and where the endless caravans of camels loaded with salt plates leave.

In everyday life , the tasks are clearly divided between men and women. Thus man is responsible for the safety of the family participates in the decisions of the group , keeps the herds of cattle and camels , milked the camels , built the enclosure , kills animals and body . Marriage possible from age 13 for girls and 15 for boys , is governed by very rigid conventions. Every girl is reserved right to the son of the maternal uncle and , in case of refusal , she can be sentenced to death.
A man can seek divorce if sterility of his wife. A woman may also ask, for example , if it considers that her husband did not have enough cows to be milked. In this case, all children remain with the father, except those of young age , who reside with their mother.
In the Afar family, women occupy a subordinate position and their rights are limited. This is the man who decides to place conducive to the implementation of the hut of the most opportune moment for the transfer of the camp , the purchase or sale of animals, etc. … The kids keep herds and lack of education keeps the illiteracy rate (nearly 98% ) of the population in rural areas .
Raised the people
The village of Trees is the ultimate outpost of southern Ethiopia face the Kenyan border . Seasonal flooding of river Weito create an oasis linear , thin strip of fertile land to desert torn on which Raised cultivate sorghum and corn indispensable to their survival . These banks periodically revitalized by the silt deposited , also provide good grazing for livestock, the second pillar of the local economy. Although they depend to a large extent on the agricultural resources, Raised consider themselves more as pastors as farmers. Cows , goats and sheep , which are the unit of measurement of all business transactions , are essential to any man wishing to marry capital.
Trees are the number about 5,500 , divided into two branches: Marle and Gandaroba . The Trees are from the combination of several ethnic groups amalgamated over time to form one people. Mixed marriages with girls from other tribes , are still the rule, so that every man can find a wife among the Borana , the Dassanech the Rendile , where he actually wants as long as it is not in hamer enemies . The oral tradition , in fact, attributes the origin of this people to mythical ancestors sent by the god Waq to build the first villages on both sides of the river. Most Raised claim descent from ancient lineages Borana .
The social organization of Wooded Shores is on the system of age classes. Different generations , each of which is divided into four classes , succeed to power every forty years. Political leaders have a duty to do justice , to maintain good relations with neighboring peoples and settling property relations on the land and animals. Fields are distributed seasonally between families, compelled to respect customary rules so that people convicted of negligence in the operation of the plot allocated to them at risk of exclusion in the distribution and can be sentenced to severe punishments such as flogging .

Men and volcanoes of Danakil

END_OF_DOCUMENT_TOKEN_TO_BE_REPLACED 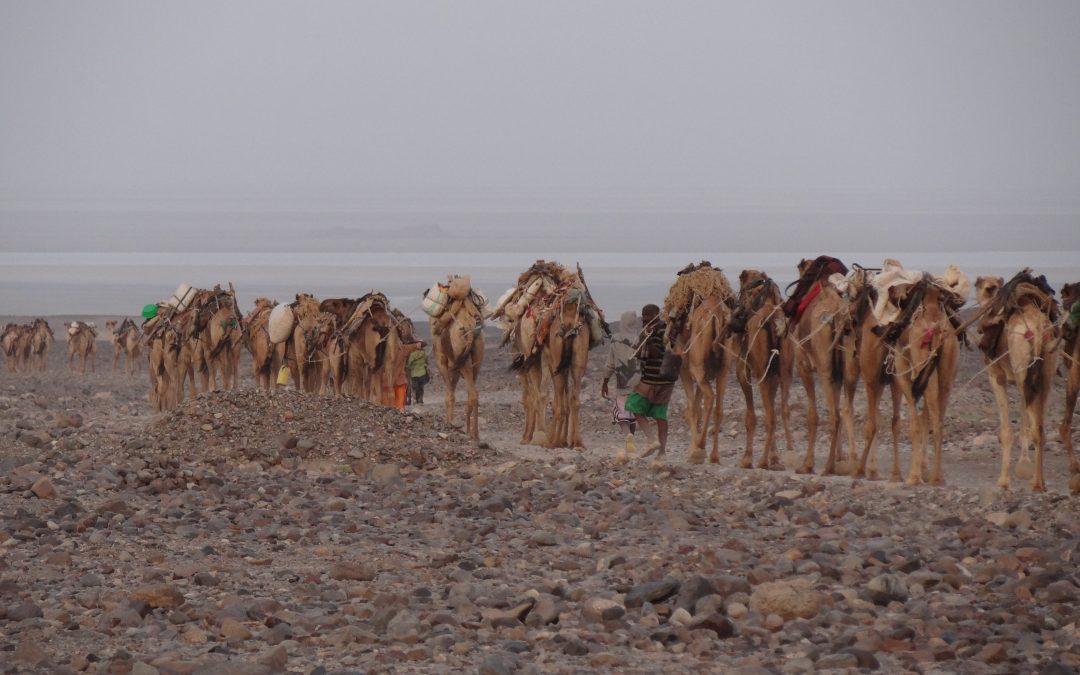