Deserts and volcanoes in Ethiopia

This is some example of Deserts and Volcanoes in Ethiopia: Danakil Depression, the hottest place in the world!
The Afar depression is one of the most arid and barren areas of the planet. High temperatures make this area a desert, Danakil desert. On an area of ​​approximately 4,000 km2 for its part in the global sea level, the Afar depression is mainly located in the eastern Ethiopia.
Discover endless caravans of camels and the Danakil Depression and its active volcano Erta Ale volcano lava lake has a constant eruption in the crater, while water bubbles from the ground to the surface of Dallol form a labyrinth of mineral deposits of all shapes and colors. The Danakil depression is one of the most adventurous excursions in Ethiopia.

END_OF_DOCUMENT_TOKEN_TO_BE_REPLACED 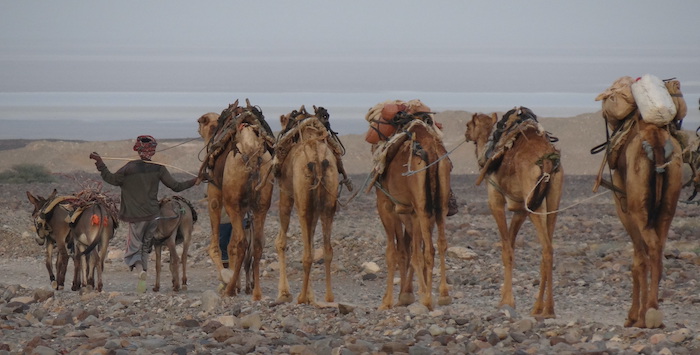