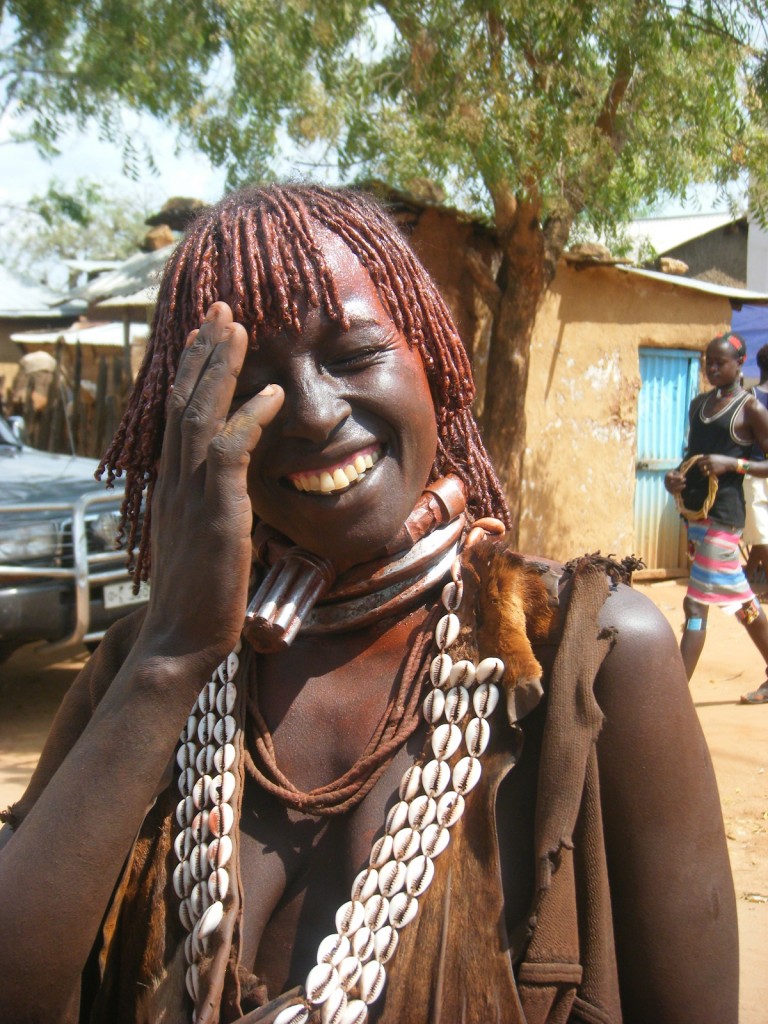 The Hamer are semi- nomadic pastoralists , they live in one of the driest regions of the southern savanna of southwestern Ethiopia , between the fertile lands of the east and the banks of the Omo .
The Hamer move in groups , with their herds of cattle , according to a specific route established by their ancestors first morning of the world. Among them , young men armed to ensure the safety of the group. Taking advantage of the long stages that punctuate their movement, they cultivate sorghum once depleted water , they leave the fields and go in search of a new fertile area. They live in huts made ​​of branches ogival cleverly intertwined that withstand winds of sand.

Livestock is the socio -economic and cultural hub of Hamer ; wealth and social status of a man to assess the abundance of his cattle. Pets are pampered : to enhance the elegance of the animal and to protect it from bad luck , superstitious pastors draw the razor decorative patterns on the fur. Preferred cattle have the same external pinnae chiseled like a garland . At birth , children receive in addition to their real name, the name of cattle .
The Hamer women as men, have a keen sense of aesthetics and spend many hours daily to embellish . Women anoint their body oil and clay. Naked to the waist, they cover the hips of a cowhide inlaid with colored beads . They coat the hair butter and clay and are adorned with numerous bracelets tin, chunky necklaces set with shells and other ornaments tin . On their hair neatly braided , some attach tin visors or headbands pearls.
Apart from the pearl necklaces and earrings, men prefer the hairstyle : the most valiant , who defeated the enemy or shot a fierce animal, coat the hair clay which, when dried , form a rigid shell over which is planted on a small wooden support , an ostrich feather . The others hair braiding mosaic .
They proudly display their naked torso adorned with scars inflicted during rites of passage of age group. The most important ritual for young men Hamer is one that embodies the transition from childhood to middle age : the bull jumping .
After a series of rituals that extend over several days , during which the number of goats are ingested , novices face a row of more than 30 bulls kept tight side by side against the young men who have recently passed the test but are still too young to marry. Under the gaze of their elders , candidates must take turns , gain momentum , jump on the spine of the first bull and go without tripping the back row of thirty , then repeat the feat in reverse.
To pass the initiation rite , they must perform without falling four consecutive courses . After a successful test, the boys are carried in triumph by their elders and acclaimed by the village. If they stumble once, we do not hold it against them , they start the test. By cons , if they fail again , they suffer the ultimate humiliation : they are publicly flogged and beaten by their female relatives . Considered the outcasts of the village, they are prey to ridicule and mockery of the whole community for the rest of their lives.